[I delivered the following chapel talk as part of an Easter chapel. I projected the images on a screen behind me. The gospel was from Mark, Chapter 10: 13-16: People were bringing little children to him in order that he might touch them; and the disciples spoke sternly to them. 14 But when Jesus saw this, he was indignant and said to them, “Let the little children come to me; do not stop them; for it is to such as these that the kingdom of God belongs. 15 Truly I tell you, whoever does not receive the kingdom of God as a little child will never enter it.” 16 And he took them up in his arms, laid his hands on them, and blessed them.]

“Like a cinematographer, he goes in for the close up distilling the story to its bare bones and thus taking control of the narrative in order to reinvent it into something far more personal.”

In the summer of 2014, my wife, daughter Eleanor, and I travelled for the second time to Northern Italy for several weeks in order for my wife to complete research on a remarkable place called, the Sacro Monte Di Orta—or the Sacred Mountain of Orta, a Renaissance era pilgrimage site where twenty chapels are dedicated to St. Francis. My wife, Katie, is writing a book about this beautiful place set atop a hill on a small peninsula on Lake Orta, which sits at the mouth of the Ossola Valley not far from Switzerland. My job was to provide photographs for the book, so I spent many days shooting inside and outside of these captivating, dimly lit sacred spaces.

One day we took a day off in order to drive to the town of Novara to see a painting by my favorite Renaissance painter, Caravaggio.

Art seems to be everywhere in Italy—much of this presence of art around every corner, on and around every altar, arose during the Renaissance when the need for painting within the Catholic Church accelerated as part of the Counter Reformation. Recognizing the impact of visual images on a largely illiterate population was central to the Catholic Church’s push back against Protestantism moving outward quickly from Germany and Europe. As a result, there was tremendous need for artists, and Rome in particular deepened its hold as the epicenter of the art world. Living often within shouting distance of each other, many different artists painted some of the central scenes of Jesus’s life—copying one another, competing with one another. One of these scenes is called, “Ecce Homo”—the most famous version of which, Caravaggio’s, we went to see in Novara.

There are many paintings and representations of the moment near the very end of Jesus’s life when Pilate publically reveals Jesus to a crowd and says, memorably, “Ecce Homo” meaning “Behold the man.” A number of these versions depict many people–we see not only Jesus and Pilate and Jesus’s torturer but also the animated crowd bearing witness to the events leading to the crucifixion.

In fact, in some representations Jesus is almost lost in the scene. His presence is not always where a viewer’s eye goes first. It can be a scene of large scale—many people enacting a public drama.

To me the most compelling painter of the Italian Renaissance is Caravaggio. Painting in the 16th and 17th centuries at the same time Shakespeare was at his prime, he was able to capture dramatic moments, such as “Ecce Homo.”

And indeed his own life was full of high drama, and vendettas, and insults, and violence. Within a year of this painting’s completion, he killed a man in a sword fight causing him to flee Rome and likely never deliver the painting to the man who commissioned it. He was a man of stunning artistic vision and deep, most often self-inflicted, darkness. He was the most talented in a city of talent.  He was violent even by the standard set in a violent city.  In our world he most likely would have been painting in prison, a high security prison.

In his painting of “Ecce Homo,” he does something fundamentally different with his representation of this dramatic moment. Instead of painting the entirety of a scene that would have been already familiar to his viewers, he zeroes in on only the most essential elements. Like a cinematographer, he goes in for the close up distilling the story to its bare bones and thus taking control of the narrative in order to reinvent it into something far more personal.

To our purpose this morning, Caravaggio takes us to Jesus, the human being, a man facing suffering as a human being, not as a visibly empowered divine being. The Jesus he presents has a countenance, a facial expression, that might exist among us—might be among the homeless, might be an exhausted refugee, might be our next door neighbor after a house fire, perhaps he might be our friend facing traumatic personal, fully human loss. To reinforce the concept that Jesus is a man who might walk among us, he portrays Pontius Pilate in Renaissance era clothes so as to make the entire scene contemporary, immediate.

During the the Easter season in early Spring, I find that we focus so much on the very end of the story—Christ’s resurrection and ascension–that we can lose sight of a necessary balance between his divinity and, importantly here, his humanness.  To understand the full power of Jesus’s story, we must maintain focus on the fact in the gospel story that he is a man–a human being–AND he is divine. In his “Ecce Homo,” Caravaggio brings our attention squarely to Jesus’s humanness. He cuts out all of the static of a crowded stage and places us in a unique proximity to Jesus’s suffering—depicted as stunningly human. Jesus looks vulnerable, tired, reflective, withdrawn, introverted. Even without showing us Jesus’s eyes, Caravaggio pulls us toward the interior of the man—everything else is secondary thus reversing what is usually a public scene to a uniquely private one. Through Caravaggio’s famous manner of capturing light in his work, he draws our attention away from the two other people on the canvas and onto Jesus. Interestingly, Jesus’s form is not highly idealized even though it commands most of our attention. Caravaggio’s representation of Jesus stands in contrast to many depictions of him as super-human—as a highly muscled savior, a man with a middle linebacker’s musculature. Not this one. His defined muscles appear more as a result of his thinness than as a result of push-ups.

Our scripture today is from a different, much earlier part of Jesus’s life and ministry. It is interesting that both the gospel reading today and Caravaggio’s “Ecce Homo” reveal significant aspects of Christ’s humanness. While we see his human suffering in “Ecce Homo,” we see his abiding and human love for others through the way he reaches out to children, the way he seeks connection with others, the way he seeks to bless them even over the objection of the disciples. There is something remarkably tender about his gathering up of the children. Placing the two scenes next to each other creates a tension. He is capable of not only despair but joy. While in “Ecce Homo,” he seems to be withdrawing from society, in our gospel today he seeks connection, and he seeks to take action by providing a blessing. Both images of Jesus are revelatory—he is a man who has felt human joy and despair himself.

I feel so strongly about facing Jesus’s humanness because it makes me see his divinity in a more complete and powerful light. It is the idea that Jesus is both human and divine that is the transcendent detail of his story. Caravaggio draws our attention to this, and he allows us to see him in a vastly different way than the fuming crowd there to jeer him. He also makes us see a familiar scene through new eyes. The painting calls us to rise above the crowd and “behold the man.” Through the perspective of the painting, Caravaggio elevates the viewer above the crowd to which Pilate speaks. Caravaggio seems to be calling us, and perhaps himself, to rise above the crowd and to a closer connection to Jesus, and thus to faith.

To behold means to take in, to reflect upon, to contemplate, or to witness a person who is remarkable and impressive. Yet Caravaggio makes Jesus not obviously remarkable or impressive at all—he normalizes Jesus’s physical form in order to emphasize, I believe, that he is human. Interestingly, I think that is exactly Caravaggio’s point—what makes Caravaggio’s Jesus truly remarkable and impressive IS his humanness–one placed on earth not simply to be among us, like a mythological god meddling in human affairs, but one born of a mother, to be one of us, as one who can gather children up in his arms to give a blessing and also toward the end of his life, one who can experience despair. 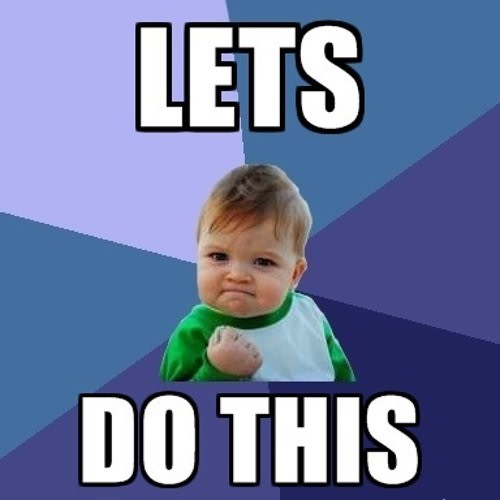